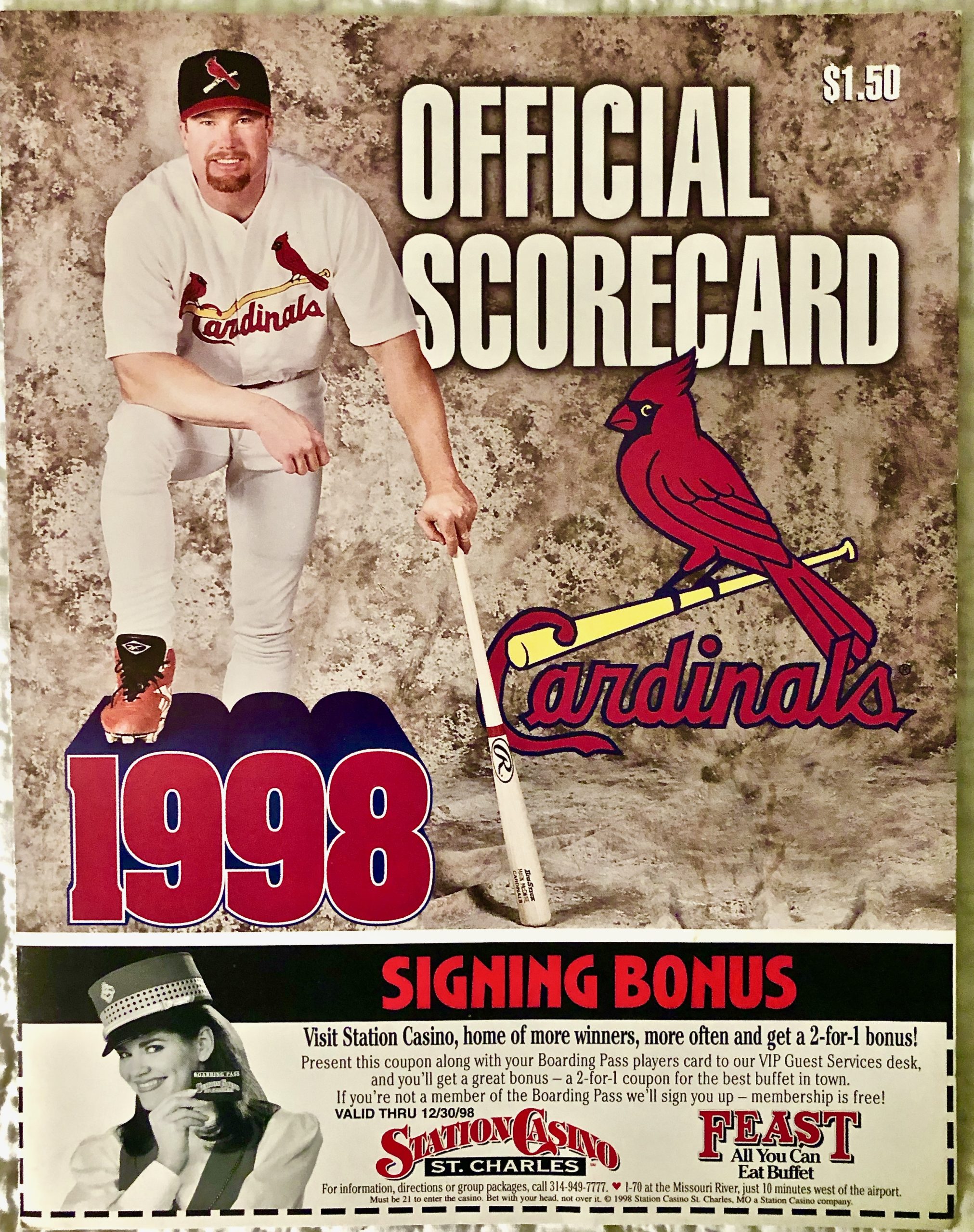 Please sign in to view your dashboard.
Login
Don't have an account?
Register now
Please note: This auction is under proxy bidding.
Ended at: 216 days 14 hours 20 minutes 57 seconds ago
$500 USD
2 Bids


This auction has been sold to Jim Gesell at $5.00 USD.
Wow -=- Cardinal Fans -- take a look at this 1998 Scorecard with Mark McGuire on the cover.  The new, pristine scorecard is for the game on September 4, 1998 against the Chicago Cubs and Slammin'Sammy Sosa!  Not only did the Cards win - The great home run race reached a crescendo, as Mark McGwire of the St. Louis Cardinals broke Roger Maris’ single-season record by hitting his 62nd home run off Steve Trachsel of the Cubs. McGwire had been in a duel with Cubs star Sammy Sosa to get to the record. Both men would end up passing Maris as McGwire ended the season with 70 and Sosa with 66 homers.  This scorecard is framable and could be a highlight of your man-cave.

No Entries yet.
Powered By Ultimate Auction